When I write BEZZER, I mean this: 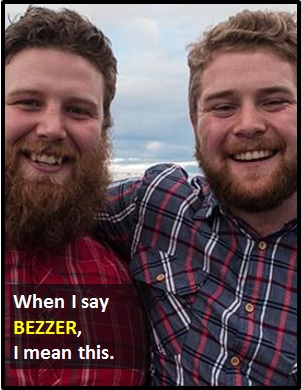 Examples of BEZZER in Sentences

Here are examples of BEZZER being used in conversations:

An Academic Look at BEZZER

BEZZER is a colloquialism. It is used almost exclusively as a noun and is a shortening of the term BEZZIE MATE (from best mate).

Before the digital era, we might have said something like "best friend" or "best mucker" instead of BEZZER.

Example of BEZZER Used in a Text