Using numbers for their sound is common in Chinese text slang between partners. When the numbers below are read in Chinese, they sound remarkably like the Chinese for the term shown to the right.

Using Numbers for Letters and To Say Words

Here is a short video explaining how numbers are used as letters and used to say words:

Writing Words with a Calculator

Using numbers in texting and messaging is not new. Here is a list of common words that children since the 1950s have been producing using their calculators. With these numbers, the terms only work when the calculator is shown upside down. (Note: A decimal point is used whenever the first number is a zero, otherwise the zero disappears.) 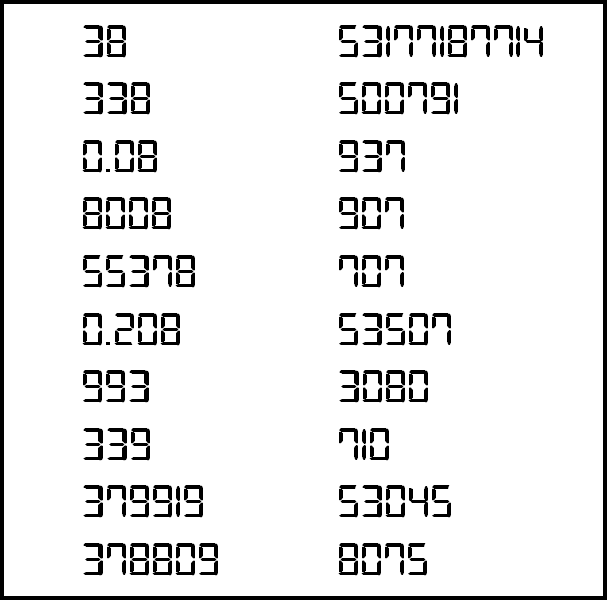 Help Us To Improve Cyber Definitions
Please tell us using this form.