What Does NEWB Mean?

NEWB is a shortening of the term NEWBIE, which describes a newcomer to an environment in which they have little or no previous experience. NEWB is commonly used in online forums or in the gaming community.

NEWB probably comes from US military slang from the 1960s, when, during the Vietnam War, inexperienced troop reinforcements sent for combat were referred to as "new blood" or "new boys." These terms were later contracted to NEWBIE and, subsequently, to NEWB.

When I write NEWB, I mean this: 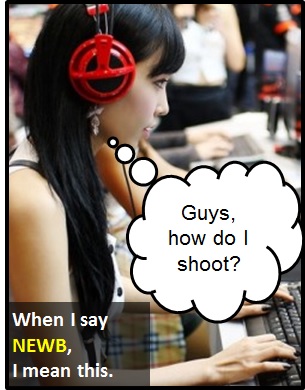 NEWB is a shortened version of NEWBIE (inexperienced newcomer).

Examples of NEWB in Sentences

Here are examples of NEWB being used in a conversation:

An Academic Look at NEWB

DOKE (from diet and coke) is another example of a portmanteau word.

Example of NEWB Used in a Text