What Does CIS Mean?

The abbreviation CIS is widely used with the meaning "cisgender" to refer to a person whose gender identity matches the sex they were assigned at birth. For example, a person who was assigned male at birth and who identifies as a man is a cisgender man.

The abbreviation CIS and the term cisgender are the opposite of TG/transgender.

When I write CIS, I mean this: 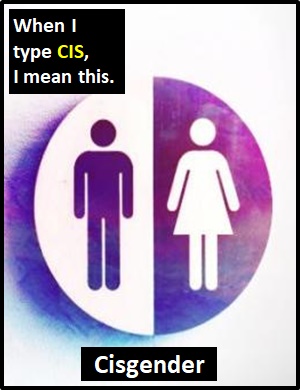 Cisgender is the opposite of transgender.

Example of CIS Used in a Text

CIS
Help Us To Improve Cyber Definitions
Please tell us using this form.