What Does UGG Mean?

UGG usually means "Ugly," but it can also be used as an expression of frustration (like "Oh no") or recognition of an error (similar to D'oh!). UGG can also be an abbreviation meaning "You Go Girl" (i.e., another version of YGG.

When I write UGG, I mean this: 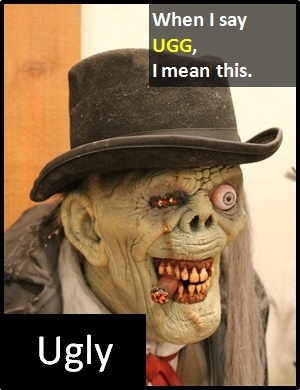 Examples of UGG in Sentences

Here are examples of UGG being used in conversations:

An Academic Look at UGG

Example of UGG Used in a Text

UGG
Help Us To Improve Cyber Definitions
Please tell us using this form.