What Does TMR Mean?

When I write TMR, I mean this: 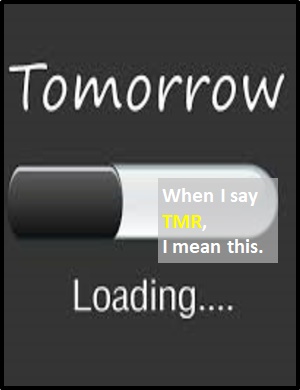 TMR is a contraction of "Tomorrow".

Examples of TMR in Sentences

Here are examples of TMR being used in quotations:

An Academic Look at TMR

Before the digital era, we would have just said "Tomorrow" instead of using the abbreviation TMR.

Example of TMR Used in a Text