What Does RASTA Mean?

Online, the term RASTA is used far more widely to refer to people who dress and act in a similar fashion to the late singer Bob Marley, who is undoubtedly the most famous Rastafarian. Typically, this would include wearing their hair in dreadlocks, smoking weed, and wearing clothing which is red, gold and green (the colours of the Ethiopian flag).

When I write RASTA, I mean this: 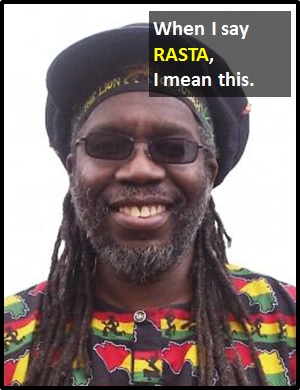 A RASTA is someone who adheres to the Rastafari belief.

Examples of RASTA in Sentences

Here are examples of RASTA being used in conversations:

An Academic Look at RASTA

RASTA is a shortened version of Rastafarian and is therefore classified as a contraction.

Example of RASTA Used in a Text

RASTA
Help Us To Improve Cyber Definitions
Please tell us using this form.