What Does METH Mean?

METH is a nickname for the illegal drug methamphetamine. There are a number of different forms of METH, which are generally distinguished by their appearance and perceived purity. They include:

When I write METH, I mean this: 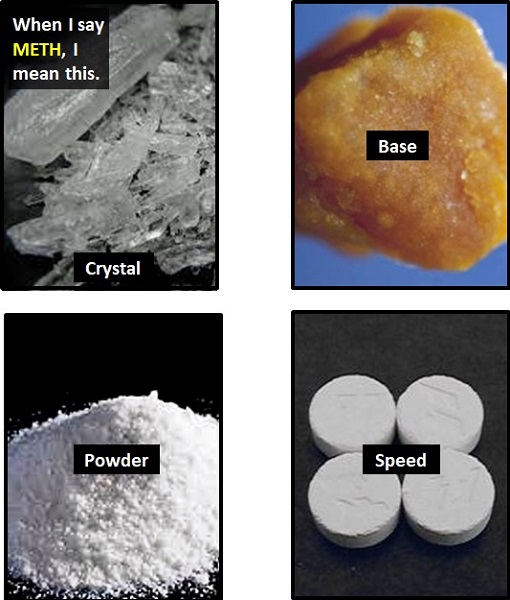 There are a number of different forms of METH.

An Academic Look at METH

METH is a contraction of the word methamphetamine, which is used as a slang word. Slang refers to words, phrases and uses of language that are regarded as very informal and which are often restricted to a special context or a particular group of users.

Example of METH Used in a Text

METH
Help Us To Improve Cyber Definitions
Please tell us using this form.