What Does IIL Mean?

The abbreviation IIL is used with the meaning "I'm In Love" to refer to a broad range of feelings from appreciation, to lust and deep emotional attachment.

According to U.S. music chart site "Billboard," the word "love" was most frequently used in songs released in the 1980s. This compares to the 1970s, when "woman" was the most popular word, and the 1960s, when "baby" was top of the list.

When I write IIL, I mean this: 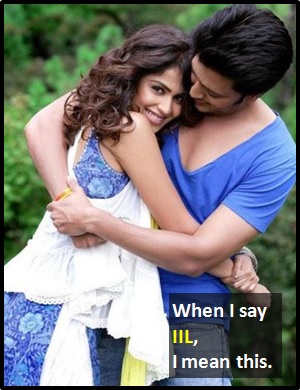 Examples of IIL in Sentences

Here are examples of IIL being used in conversations:

An Academic Look at IIL

Before the digital era, we might have just said "I'm In Love" or something like "I'm In Lust" instead of using IIL.

Example of IIL Used in a Text