What Does FPS Mean?

Here is more information about each of these definitions of FPS.

In video gaming, first-person shooters (FPS) are a genre of shooting games in which players see the world through the eyes of their on-screen character. 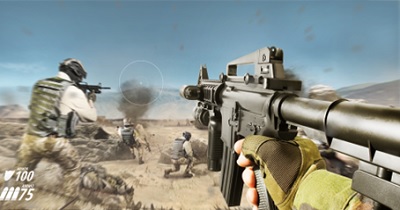 FPS games show the world through the eyes of the on-screen character.
Popular examples of FPS games include, Call of Duty, Halo, Battlefield and Counter-Strike.

Frames per Second (FPS) is a common metric used to categorize video playback quality. It is the rate at which back to back images (i.e., "frames") appear in a video display and form the moving images.

The higher the FPS, the better the image.
The rate of FPS is a measure of the number of frames consecutively displayed each second. Full-motion video is usually 24 FPS or greater. Different video formats have different FPS rates.

When I write FPS, I mean this:

FPS is a genre of video game and a measure of image quality.

"First-Person Shooter" is the most common definition for FPS in online gaming.

"Frames Per Second" is another common definition for FPS.

Examples of FPS in Sentences

Here is an example of FPS being used in an online conversation:

An Academic Look at FPS

Whether used with the meaning "First-Person Shooter" or "Frames Per Second," FPS is classified as an initialism abbreviation, as it is pronounced using its individual letters (i.e., "Eff Pee Ess").

Initialisms are different to acronyms, which are abbreviations spoken as words (e.g., LOL, NATO).

Example of FPS Used in a Text

Online Gaming Terms The Use of Numbers in Text Speak What's the Purpose of a Hashtag? How to Spot Internet Grooming How to Spot a Drug User