DRELFIE means "Drunken Selfie" or "Drinking Selfie". It is a photographic self-portrait taken when drunk or drinking alcohol. DRELFIES are usually posted on social-media networks (usually Instagram or Facebook).

When I write DRELFIE, I mean this: 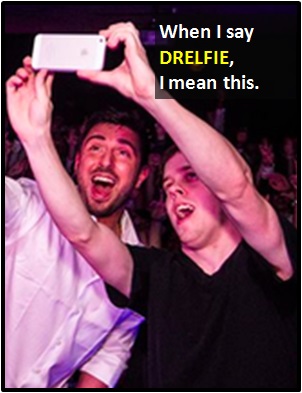 The image shows two people taking a selfie whilst drunk.

Examples of DRELFIE in Sentences

Here is an example of DRELFIE being used in a conversation:

An Academic Look at DRELFIE

Example of DRELFIE Used in a Text