What Does BAKED Mean?

Among cannabis users, the term "baked" indicates that a person is heavily under the influence of the cannabis. In other words, "baked" carries a strong connotation that the baked individual is incapable of performing routine tasks due to an overwhelming feeling of lethargy or loss of control.

The terms BAKED and STONED are near synonyms (i.e., they almost mean the same thing). However, BAKED suggests the user is higher than just STONED. BLAZED is another option, but this is closer to STONED than BAKED.

A person who is giggly and has the munchies is not normally described as BAKED as these are early signs of cannabis intoxication.

When I write BAKED, I mean this: 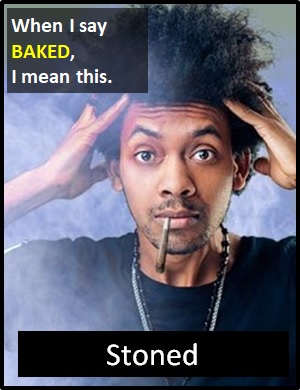 Baked means high from cannabis use.

Example of BAKED Used in a Text